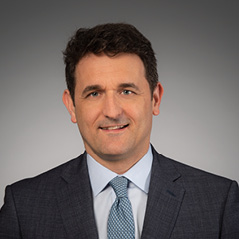 Xavier Castro serves as president of SUEZ North America’s Environmental Services division and is responsible for overseeing the operations and management of contract operations throughout the United States and Canada. This includes 65 projects affiliated with municipal and industrial water and wastewater systems as well as two solid waste treatment facilities.

Xavier has more than 23 years of experience in operations, financial and strategic planning, auditing, performance management, mergers and acquisitions, turn-around and strategy implementation. He previously served as Vice President, Northeast Services, in which he oversaw operations for over 35 operations and maintenance contracts in New York, New Jersey, Pennsylvania, Connecticut, Massachusetts, Rhode Island and New Hampshire. Prior to that, he served as General Manager of SUEZ’ Nassau County Operations, the largest public-private partnership in the Group, where he was responsible for the operations and maintenance of the County’s wastewater system.

Throughout his career, Xavier has led diverse, cross-cultural teams in launching major business transformation initiatives to support revenue growth and value creations In 2000, he joined the SUEZ Group as Corporate Auditor for Ondeo in Paris and then served as Strategic Planning Manager for Aguas Argentinas in Buenos Aires, Argentina.

Xavier holds a TRIUM Global Executive MBA from New York University’s Stern School of Business, London School of Economics and HEC Paris, and a MS in finance from EDHEC Business School in France.

Xavier has lived and worked in several countries and is fluent in French, Spanish, Portuguese and English.