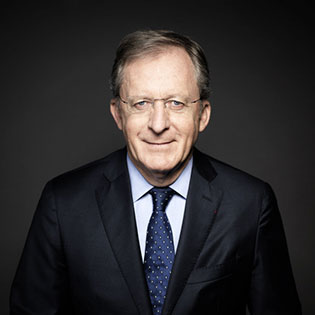 Jérôme Tolot, born on January 4, 1952, has a degree from INSEAD and Institut d’Études Politiques de Paris and holds a DESS in Economics. Mr. Tolot joined Lyonnaise des Eaux in 1982 as Financial Controller, after beginning his career at the consulting firm McKinsey and Indosuez bank.

Since 2005, he has been Director and Chief Executive Officer of SUEZ Énergie Services, which became ENGIE Énergie Services. Since July 22, 2008, he has been a member of the Executive Committee of ENGIE. Jérôme Tolot has been a member of the Management Committee and Deputy CEO of ENGIE since May 1, 2011. From January 1 to December 31, 2016, he supervised the entities in Europe, except for regulated and global activities.

Other major offices and positions held during the last five years Current
Chief Executive Officer and Director of ENGIE Énergie Services*
Member of the Supervisory Board of Savelys*
Chairman of the Board of Directors of Société Monégasque de l’Électricité et du Gaz – SMEG* (Monaco),
Director at ENGIE University*, Compagnie Nationale du Rhône (CNR) and Electrabel* (Belgium)
Director of the ENGIE Foundation
Expired during the last five years
Various offices held at companies of the ENGIE Group
* Companies belonging to the ENGIE Group.
Top search words
TOP