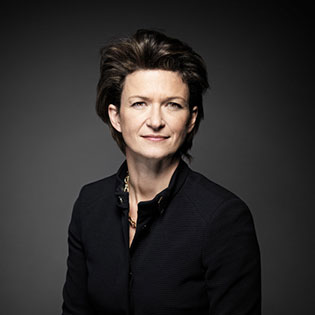 She is a graduate of the École Normale Supérieure (ENSUlm) and a member of Corps des Mines. In 1997, she was appointed Budget Officer for Telecommunications and Defense at the Ministry of the Economy. She was industrial affairs advisor to the Prime Minister’s Office between 1999 and 2002. In 2002, she joined the SUEZ Group, where she held various positions (from 2002 to 2005 in the Strategy and Development Department; from 2005 to 2007 as Director of Performance and Organization; from 2007 to 2008 as Deputy Chief Operating Officer of Lyonnaise des Eaux; from 2009 to October 2011 as Chief Executive Officer of Lyonnaise des Eaux, in charge of water development in Europe).

She was Deputy CEO at ENGIE in charge of Finance from October 2011 to November 2014. Isabelle Kocher was appointed as Chief Operating Officer and Director of ENGIE on November 12, 2014. She has been Chief Executive Officer at ENGIE since May 3, 2016.
Other major offices and positions held during the last five years Current
Director of Axa, ENGIE Énergie Services* and International Power Plc*
Expired during the last five years
Various offices held at companies of the SUEZ group
Chief Operating Officer at ENGIE (until May 3, 2016) – France
Vice-Chairwoman of Electrabel* (until April 26, 2016) – Belgium
Director of Arkema (until July 31, 2012)
* Companies belonging to the ENGIE Group.
Top search words
TOP