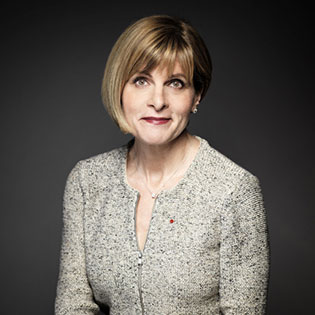 Anne Lauvergeon, born on August 2, 1959, is Chief Engineer from École des Mines, former student of École Normale Supérieure and also has a degree in Physics.

She started her career in 1983 in the steel industry at Usinor. In 1984, she was tasked with chemical safety-related issues in Europe for the Commissariat à l’Énergie Atomique (CEA), the French nuclear energy authority. From 1985 to 1988, she was in charge of subsoil administration in Île-de-France. In 1988, she was appointed Deputy Department Head at the Conseil Général des Mines.

In March 1997, Anne Lauvergeon joined the Alcatel group as Deputy CEO of Alcatel Télécom. She joined the Executive Committee of the Alcatel group in 1998. She supervised the group’s international activities and was in charge of the Group Shareholdings in Defense, Energy, Transportation and Nuclear Power sectors (Thomson, CSF, Alstom, Framatome). From June 1999 to July 2011, Ms. Lauvergeon was appointed Chairwoman and Chief Executive Director of COGEMA (now Areva NC). She founded Areva in June 2001.