Koniambo boasts the largest open-cast nickel mine in New Caledonia. SUEZ provides seawater desalination technology to help the mining complex reduce its water and energy consumption while raising its production levels and preserving the environment
The mission

On the slopes of the Koniambo mountain range nestles the largest open-cast nickel mine in New Caledonia.
A joint venture was created in 2006 to operate the mine: KONIAMBO Nickel SAS (KNS). The company rapidly grew to be a global nickel-producing giant. The plant is situated 900 metres beneath the mine and is of capital importance to this French overseas community. Nickel production accounts for 18% of GDP and 94% of exports from the Oceanian archipelago.
Particular attention is paid to the boilers and cooling systems of the mining complex, to ensure continuity of operations and future growth. The boilers and cooling systems consume vast amounts of high-quality water in order to function correctly.
In 2008, on an island of craggy bluffs in the middle of the South Pacific, KNS commissioned SUEZ to design, build and operate a seawater desalination system and a demineralised water production system.
4
%
of the archipelago's mining concession is covered by the nickel mine
240
km2
surface area covered by the open-cast mine
94
%
contribution of nickel to New Caledonia exports
Our solutions

The challenge-laden mission required SUEZ to:
With over four decades of experience in designing and operating seawater desalination plants, SUEZ has exceptional skills in desalination by reverse osmosis. This process is acknowledged as being the most efficient, economical and environmentally-sound. With our own technologies like ultrafiltration, nanofiltration, reverse osmosis and electrodeionization, we can deliver small standard skids or large complex projects all under one straightforward process and product warranty.

One of the initial challenges was to deal with the rocky escarpments on a terrain where the mine nestled in the mountains, 900 m above sea level. 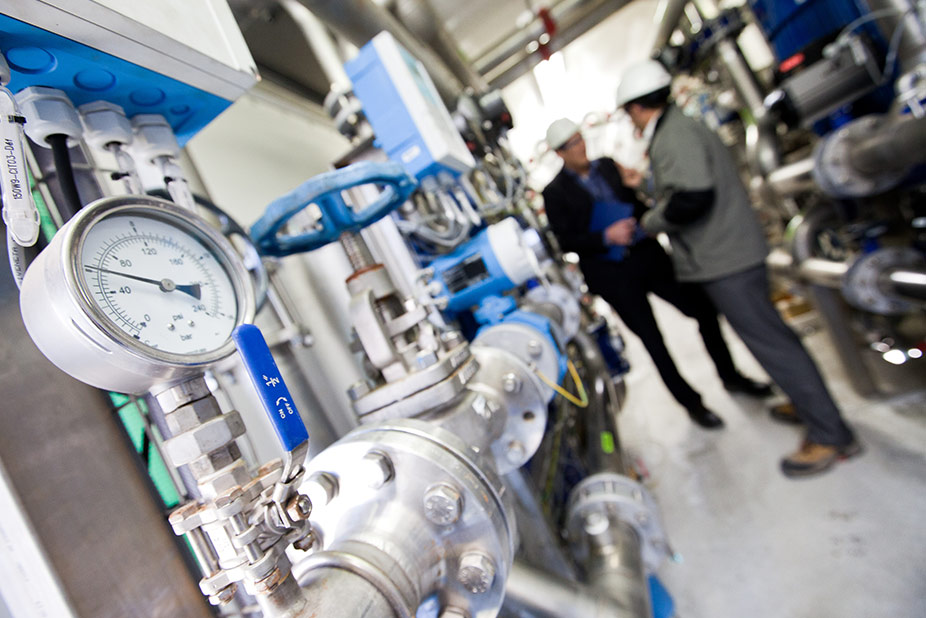 The plant is fully automated and comprises 30 unit assemblies.

The latest innovations in pressure exchange devices (ERI) and electro-deionization are used in the automated units.
The results

The desalinated sea water helps the mine complex reduce its fresh water and energy consumption, while increasing its production

The boiler and cooler water supply facilities enable KNS to increase nickel production while lowering its water and energy use by recovering the pressure exerted by brine mud. Furthermore, the technology implemented makes a significant contribution to reducing the environmental impact.
In light of the confirmed success of the construction project, KNS entrusted SUEZ with further work in April 2011. An Italian team appointed by SUEZ provided support to KNS for a year during the installation, commissioning and staff training phase. The collaboration continues today as a remote technical support service and has also provided mobile water treatment units to produce additional demineralised water.
129
m3/h
drinking water production capacity of the seawater desalination plant
53
m3/h
volume of demineralised water produced by the seawater desalination plant
Read also
Top search words
TOP