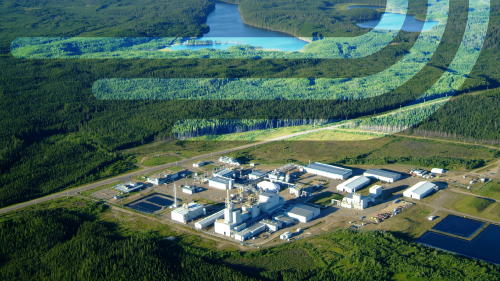 “We take our role as environmental stewards very seriously and are pleased to continue working with Alberta Infrastructure and the government of Alberta to protect the health and safety of the land and its residents,” said Nadine Leslie, Chief Executive Officer of SUEZ North America.

The Swan Hills Treatment Center is the largest commercial hazardous waste incineration facility in western Canada and is the only facility in Alberta approved to treat hazardous waste from third-party generators. Under the new agreement, SUEZ will treat high-concentration polychlorinated biphenyl (PCB) waste, biomedical waste, and other waste as directed by the Province of Alberta.

The treatment plant services include the storage, preparation, incineration and stabilization of hazardous waste. The facility is also equipped to dispose of non-hazardous liquid residues and non-hazardous solid treatment residues.

About SUEZ in North America

SUEZ North America operates across all 50 states and Canada with 3,000 employees dedicated to environmental sustainability and smart and sustainable resource management. The company provides drinking water, wastewater and waste collection service to 6.7 million people on a daily basis; treats 560 million gallons of water and 460 million gallons of wastewater each day; delivers water treatment and advanced network solutions to 16,000 industrial and municipal sites; processes 160,000 tons of waste for recycling; rehabilitates and maintains water assets for more than 6,000 municipal and industrial customers; and manages $4.1 billion in total assets. The company posted revenues of $1.1 billion in 2019 and is a subsidiary of Paris-based SUEZ.

Since the end of the 19th century, SUEZ has built expertise aimed at helping people to constantly improve their quality of life by protecting their health and supporting economic growth. With an active presence on five continents, SUEZ and its 90,000 employees strive to preserve our environment’s natural capital: water, soil, and air. SUEZ provides innovative and resilient solutions in water management, waste recovery, site remediation and air treatment, optimizing municipalities’ and industries’ resource management through “smart” cities and improving their environmental and economic performance. The Group delivers sanitation services to 64 million people and produces 7.1 billion m3 of drinking water. SUEZ is also a contributor to economic growth, with more than 200,000 jobs created directly and indirectly on an annual basis, and a provider of new resources, with 4.2 million tons of secondary raw materials produced. By 2030, the Group is targeting 100% sustainable solutions, with a positive impact on our environment, health and climate. SUEZ generated total revenue of €18.0 billion in 2019.