The City of Montréal has signed a contract with SUEZ to design, build, operate and maintain an organic waste treatment center. This contract, worth c. €115 million, provides for a two-year construction period of the plant followed by a five-year operating period. This is the second contract won this year by SUEZ in Montreal, which is currently building a composting facility. The new plant will convert organic material into biomethane, producing enough renewable gas to power around 3,600 households.

SUEZ will build an organic waste biomethanation center that can process 60,000 tons of organic material each year, on the east side of Montreal Island. This plant will recover organic waste produced by nearly 1.5 million inhabitants of the east side and the city center into biomethane. SUEZ will equip the plant with innovative technologies allowing for the anaerobic digestion of organic material to generate biogas, which will then be purified using high-performance membranes to produce biomethane. Expected to be commissioned in 2022, the facility will be operated and maintained by SUEZ for a period of five years.

This plant will contribute to the City of Montréal’s efforts to reduce greenhouse gas emissions. First, it will significantly reduce the distances travelled in treating this waste, which is currently taken to a facility around 50 kilometers (31 miles) northeast of Montreal. Moreover, the new plant will convert the organic material into biomethane, a renewable energy that offers the same advantages as natural gas. Non-polluting and locally produced, the biomethane will be injected into the local gas network.

“Our concern for the environment is a major reason why the City of Montréal wants to become a leader in the use of biogas,” said Valerie Plante, Mayor of Montreal. “Biogas plants significantly curb the greenhouse effect by capturing this harmful gas and using it as fuel. Biogas generation helps cut reliance on the use of fossil fuels, such as oil and coal.” 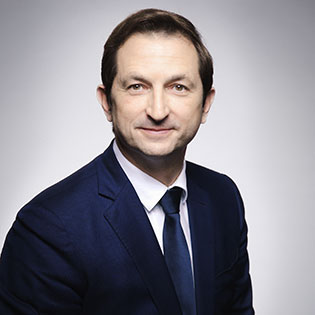 Recovering household waste into new resources is as much an economic issue as an environmental one: it helps preserve natural resources, curb greenhouse gas emissions and reduce the volumes of waste stored. Cities like Montreal are now playing a key role in the circular economy by creating local recovery cycles. SUEZ is proud to support the City of Montréal in its transition towards a new local, sustainable, and low-carbon energy model.

About SUEZ in North America

SUEZ North America operates across all 50 states and Canada with 2,825 employees dedicated to environmental sustainability and smart and sustainable resource management. The company provides drinking water, wastewater and waste collection service to 6.6 million people on a daily basis; treats over 560 million gallons of water and over 450 million gallons of wastewater each day; delivers water treatment and advanced network solutions to 16,000 industrial and municipal sites; processes 160,000 tons of waste for recycling; rehabilitates and maintains water assets for more than 4,000 municipal and industrial customers; and manages $4.1 billion in total assets. The company posted revenues of $1.1 billion in 2018 and is a subsidiary of Paris-based SUEZ.

With 90,000 people on the five continents, SUEZ is a world leader in smart and sustainable resource management. We provide water and waste management solutions that enable cities and industries to optimize their resource management and strengthen their environmental and economic performances, in line with regulatory standards. To meet increasing demands to overcome resource quality and scarcity challenges, SUEZ is fully engaged in the resource revolution. With the full potential of digital technologies and innovative solutions, the Group recovers 17 million tons of waste a year, produces 3.9 million tons of secondary raw materials and 7 TWh of local renewable energy. It also secures water resources, delivering wastewater treatment services to 58 million people and reusing 882 million m3 of wastewater. SUEZ generated total revenues of $19.36 billion in 2018.